ANOTHER EXAM CANCELLED BY J&K GOVERNMENT! IS THIS THE MAIN CAUSE OF UNEMPLOYED J&K? - Kashmir Student Alerts

Home Notifications ANOTHER EXAM CANCELLED BY J&K GOVERNMENT! IS THIS THE MAIN CAUSE OF UNEMPLOYED J&K?

ANOTHER EXAM CANCELLED BY J&K GOVERNMENT! IS THIS THE MAIN CAUSE OF UNEMPLOYED J&K?

The Government on Thursday dropped the written examination held by the Departmental Recruitment Board of the Fire &Emergency Services for the posts of Fireman and Driver.

The Jammu and Kashmir Fire and Emergency Services Department among other non-gazetted posts advertised the posts of Fireman/Fireman driver. The enrollment to the said posts was begun by the Departmental Recruitment Board of the F&ES, comprised by the Government.

An order by the High Court at Srinagar in SWP No. 3012/2018 titled Muzaffar Ahmad Rather and others versus State of J&K and others, it was directed that the written test for the posts of Fireman/Fireman driver, directed by the Departmental Recruitment Board of the Fire &Emergency Services, be dropped for the previously mentioned reasons. View here It was additionally ordered that the composed assessment for the posts of Fireman/Fireman driver in the Fire and Emergency Services Department will be led anew.

Recently, the Governor administration had also cancelled the recruitment made under the KVIB Examination held in 2016. Unfortunately, every exam that is conducted in J&K is full of disputes. Sometimes there’s corruption, other times there are unfair means in holding the exam. Even sometimes, the exam gets trapped in meaningless litigation leading to unnecessary stays.

If this remains the case, unemployment will never leave J&K. 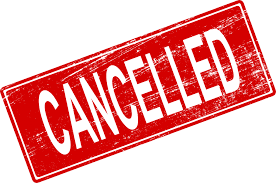