Kashmir Student Alerts Notifications,
J&K Youth Services and Sports Engagement of Rehbar-e-Khel District Cadre Kathua.
Ref: i. Letter No.Edu/Tech/Phy/65/2015-part file dated 27-12-2018. ii. DCK/Complaints/2019-20/856-57,
1. Whereas, 117 positions of Rehbar-e-Khel were allotted to District Youth Services and Sports Office Kathua vide No. Dir-YSS/Estt/80-85, dated 21-12-2017 with following composition:
I. Zone Hiranagar 02 positions.
II. Zone Barnoti 06 positions.
III. Zone Malhar 17 positions.
IV. Zone Kathua 08 positions.
V. Zone Marheen 03 positions.
VI. Zone Billawar
VII. 12 positions.
VIII. Zone Mahanpur 09 positions.
IX. Zone Basohli 13 positions.
X. Zone Lakhanpur 07 positions.
XI. Zone Sallan 03 positions.
XII. Zone Bani 22 positions.
XIII. Zone Bhaddu 15 positions.
2. Whereas, the Chairman Selection Committee for Rehbar-e-Khel District Kathua advertised the 117 positions of Rehbar-e-Khel and invited applications from eligible candidates for engagement as Rehbar-e-Khel in the respective Zones.
3. Whereas, the selection committee after conducting the interview, recommended the selection of 116 candidates for engagement as Rehbar-e-Khel (Zone wise) and published the provisional list for inviting objection, if any.
4. Whereas, the District YS&Sports Officer Kathua Vide No. DYSSO/K/6617-18, Dt: 12-12-2019 has stated that after the publication of list in daily News paper, the objections so received by the Constituted Committee have been examined and disposed off on its merits.
5. Whereas,before proceeding ahead a complaint submitted by Sh. Bhagwandass S/o Sh. Chinoo Ram R/o Partyal Tehsil Marheen regarding selection of candidates was received from the office of Divisional Commissioner Jammu bearing No. 901/ Div. Com/Complaint/
Kathua/ 1760-61 Dated 20-12-2019.
6. Whereas,the Joint Director Kashmir was asked to examine the case, revisit the selection list and put up this observation with regard of the selection of candidates as Rehbar-e-Kehel.
7. Whereas,the Joint Director Kashmir has raised some observations.
8. Whereas,In addition to above, a representation has been received from Sh.BhagwanDass S/O Sh.Chaino Ram R/O Partyal Tehsil Marheen District Kathua, wherein he has stated that one candidate namely Pooja Devi D/O Mohinder Paul R/O Mada Tehsil Marheen
District Kathua has shifted his residence 40 years back from Mada Tehsil Marheen to Tehsil Kathua and the candidate is married in Tehsil Hiranagar. A report from TehsildarMarheenKathua vide No.OQ/682 dated 14-12-2019alongwith other allied papers are also
enclosed with the representation. The candidate has further stated that she cannot be considered for selection from Marheen Zone. The matter needs also to be looked into.
9. Whereas,the matter was taken up with Deputy Commissioner Kathua Vide No. DG-YSS/Estt/11132-34 Dated 01-01-2019 in response of which Deputy Commissioner Kathua Vide No. DCK/Complaints/2019-20/856-57 Dated 01-02-2010 hasinformed that In reference to a representation received from Sh.BhagwanDass S/O Sh.Chaino Ram R/o Partyal Tehsil Marheen District Kathua figuring in waiting list of Marheen Zone has pointed out that one candidate who is figuring in provisional select list of Zone Marheen at S.No.02 was a matter of verification. In this context, a verification report was sought from TehsildarMarheen vide this office letter No.DCK/PS/2019-20/227 dated 06-12-2019 and vide Letter No.OQ/682 dated 14-12-2019.In response he has intimated that since last 40 years father
of Pooja Devi has shifted his residence from village Mada Tehsil Marheen to Tehsil Katha.However documents annexed with her application, revealed that she was issued PRC in 2005 showing her residence at Village Mada (Marheen).Further bonafide certificate issued by the then TehsildarMarheen also indicates her residence at Village Mada (Marheen).These two proofs are enough to prove her genuine candidature for the post.It has already been clarified by the selection committee that select list is prepared strictly as per the performance of of the candidate in viva-voce as well as Academic Merit and the question does not arise for giving any undue benefit to any relation.
10. Whereas,Besides,two more representations received from (i) Gulshan Kumar S/O Dev Raj Sharma vpoGurahMundian,ZoneSallan Tehsil Hiranagar against RajniBala W/O Mohinder Kumar figuring at S.No.02 of the select list of Zone Sallan and (ii) Sh.Ajit Singh S/O Kartar Singh R/O Tehsil Ramkote against the selection process as whole,have been received and examined viz-a-viz records and found not based on facts.The purpose of filling these representations after cut of date is nothing but an attempt to sabotage whole selection process.
11. Whereas,the engagement of two candidates namely 1) Pooja Devi D/O Mohinder Paul R/O Mada Tehsil Marheen District Kathua and 2) RajniBala W/O Mohinder Kumar R/O Parangoli Zone Sallan has been kept with held for want of further verification of documents.
12. Whereas, in view of the above and as recommended by the Chairman District Selection Committee Rehbar-e-Khel District Kathua and selection list furnished by District Youth Services and Sports Officer Kathua vide No. DYSSO/K/6617-18, Dt: 12-12-2019, Sanction
is hereby accorded to the engagement of following candidates as Rehbar-e-Khel in District Kathua: 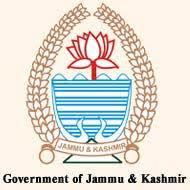