Kashmir Student Alerts
Kashmir receives light rainfall, weatherman predicts improvement from Sat
MeT says next wet spell likely after Mar 4
Srinagar, Feb 28 (KNO): After week-long dry spell, the Kashmir Valley on Friday received light rainfall while as the local Meteorological department (MeT) here has predicted improvement in the weather conditions from Saturday afternoon.
According to wire service—Kashmir News Observer (KNO), Kashmir parts including the plains here received light rainfall in this afternoon. The MeT department had earlier predicted two-day rainfall from February 28.
Besides receiving light rainfall, the weather conditions across the Valley remained cloudy throughout the day with no sunshine witnessed till evening.
The MeT spokesman here informed—KNO that as per prediction, the wet spell across the Valley would continue toll Saturday afternoon, saying that there is possibility of improvement in the weather conditions from Saturday afternoon.
He further said that there is also possibility of another wet spell after March 4.
Pertinently, the Union Territories of Jammu and Kashmir and Ladakh recorded below normal rainfall in February, the meteorological department had said.
"All the three regions of Jammu, Kashmir, and Ladakh received deficit rain/snow in February," Director MeT, Sonam Lotus said, adding that "Jammu and Kashmir recorded a deficit of 80 to 90 percent, while Leh in Ladakh witnessed a deficit of 97 percent and the nearby Kargil 53 percent deficit," he had said. (KNO) 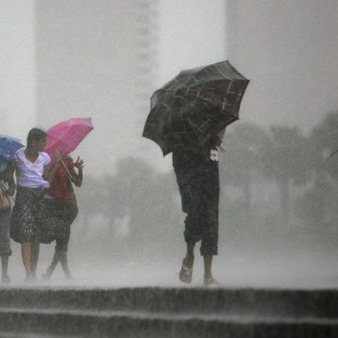