Kashmir Student Alerts Kashmir,
13 lakh tulips to mesmerize visitors at Tulip Garden Sgr this season
Spread over 600 kanals of land, garden set to open anytime between March 26 - April 1, Expecting 3 lakh visitors this year, if temp remains cool, garden to remain open for 40-days, says Garden Incharge Sheikh Altaf
Srinagar, Feb 29: At a time when Kashmir craves to seek tourist arrival this tourism season, Asia’s largest Tulip garden overlooking famous Dal Lake in Srinagar is all set to have 13 lakh tulips—one lakh additional bulbs—on a display for the guests both domestic and foreign tourists. The Floriculture department is also mulling to introduce “Cherry garden theme” on the lines of Japan while as different varieties of flowers will be kept on a display at the entry and exit points to woo guests.
The tulip garden is set to open anytime between March 26 to April 1. In an exclusive chat with the wire service—Kashmir  News Observer (KNO), in-charge of the Tulip garden, Sheikh Altaf said that this year, the department is introducing one lakh additional Tulips to its 12 lakh bulbs in the garden. “If weather remains cool and temperature below 20 degrees, we will have all the 13 lakh bulbs in full bloom. This season, we hope to keep the garden open for 40 days,” he said.
He said that there will be a water channel in the backyards of the garden to attract visitors and to prolong their stay in the garden. Altaf said that last year, 2.58 lakh visitors including foreign and domestic tourists visited the garden. “This year, (given the situation last year) we hope to see three lakh visitors including locals also,” he said.
He said there is a proposal to introduce a Cherry garden theme on the lines of one in Japan to increase the visitor’s attraction in the garden. “We will also have different species of flowers in the garden different from the Tulips as part of the added attraction,” he said.
Pertinently, the tourism sector has been badly hit in Kashmir since August 5 last year, when Government of India (GoI) announced abrogation of Article 370 and sliced the erstwhile state into two Union Territories (UTs)—J&K and Ladakh. According to tour operators, tourist footfall has been drastically down since August last year leaving the people associated with the tourism industry in a deep crisis—(KNO) 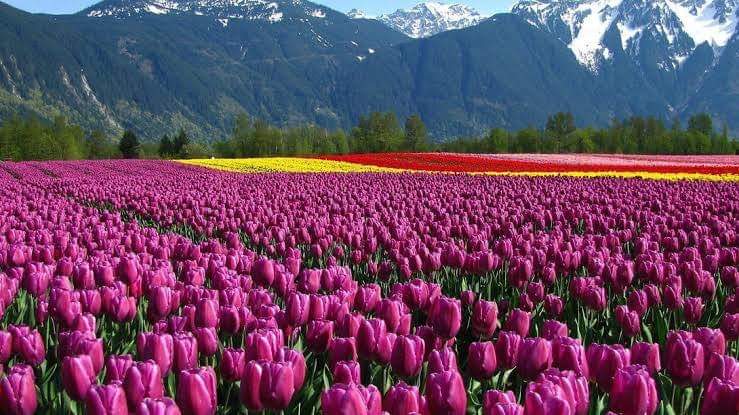