Kashmir Student Alerts News,
Srinagar, Mar 10 (KNS): A female paramedic on Tuesday was found dead mysteriously in Soura area of Srinagar district. Meanwhile another dead body was found in Wanpoh area of Qazigund. Police has registered separate cases and started investigation.
According to Kashmir News Service (KNS), a nurse namely Afroza Akhtar of south Kashmir’s Duroo was found unconscious at her rented accommodation at Soura Srinagar. According to police the deceased lady was working in Trust Hospital in Srinagar.
While confirming the death of a nurse, police officer told KNS that after Police Post Soura received information of the incident, it rushed its team to the spot and took the body into custody for medico-legal formalities. He said a case under relevant sections of law has been registered and investigations taken up
.
Meanwhile a male dead body was also found in south Kashmir’s Qazigund area on Tuesday morning.
According to KNS correspondent, a male dead body around 30 years old was recovered in Wanpoh village of Qazigund area. He said as the locals stepped out early morning they found unconscious body lying on the road after which they informed the concerned police station who rushed its men to the spot.
A police officer told KNS that the deceased was identified as Raju Singh and was taken into custody for required legal formalities. However he maintained the cause of death was not known immediately.
“Investigations in this regard have been taken up”, police officer added. (KNS) 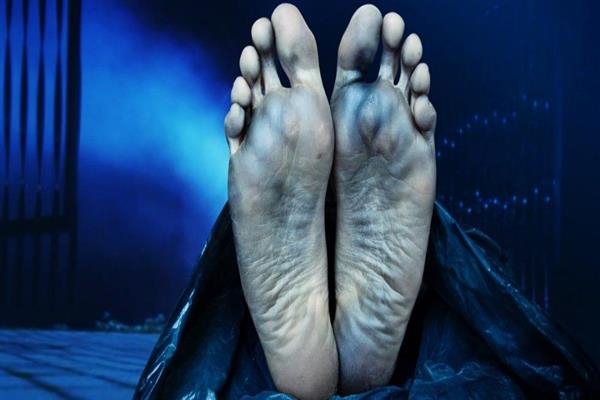