Restrictions across Kashmir for 2nd day

Kashmir remained under restrictions for second consecutive day on Saturday in a bid by the government to stop the spread of coronavirus.

The restrictions were first imposed on Friday after a 67-year-old woman from Khanyar area of old Srinagar, who had returned on March 16 from Saudi Arabia, tested positive for COVID-19.

Barricades and concertina wires were erected at many places on the roads that lead towards the old city. Reports said that restrictions were also imposed in neighboring Budgam district.

The authorities also suspended the train services on the Banihal-Srinagar-Baramulla axis.

The restrictions also impacted the inter-district transport, however people with emergencies were allowed to enter the city at Parimpora, Pantha Chowk and other places. Reports of restrictions were also received from northern, southern and central Kashmir districts of the valley.

Many a residents told Greater Kashmir they were willing to stay at home, however they have to reach their offices due to the non-availability of high-speed internet.

The demand for the restoration of high-speed internet has been growing in the region, where the 4G services have been banned for the past over seven months. 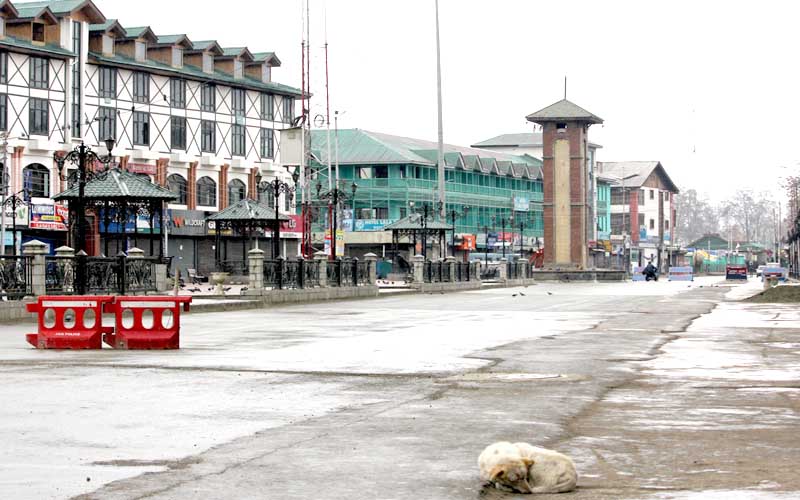