Coronavirus effect: Protest against doctors after they refuse to attend a lady - Kashmir Student Alerts

Home News Coronavirus effect: Protest against doctors after they refuse to attend a lady

Coronavirus effect: Protest against doctors after they refuse to attend a lady

Kashmir Student Alerts News,
Coronavirus effect: Protest against doctors after they refuse to attend a lady 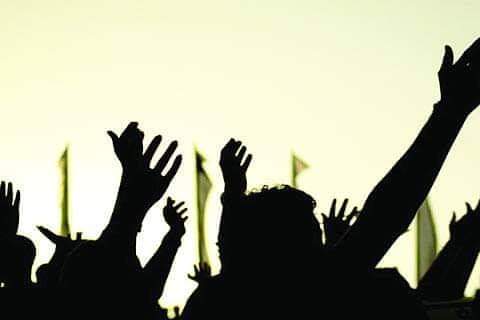 Anantnag, May 4, KNT: Scores of people staged a protest against doctors after they refused to attend a lady at Primary Health Centre citing the reason that she arrived from a red zone area of Hillar Achabal.
Sources told KNT that a lady (name withheld) daughter of Abdul Gani, a resident of Moripora, Akingam, after developing some complications was brought to PHC Akingam,  but the doctors on duty refused to attend her, saying she hails from a red zone area.
Scores of people assembled on the road and staged a protest against the doctors on duty. They said that the area, from which the lady belongs is not a red zone and demanded stern action against the doctors.
“Even if the lady hails from a red zone, does it mean we will leave her to die on the road? She is not a Covid-19 patient,” the protesters said.
A police party led by SHO rushed to spot and pacified the protesters with the promise that he will take up the issue with senior officials. (KNT)
Tags # News
Share This
By Kashmir Student Alerts
Email ThisBlogThis!Share to TwitterShare to FacebookShare to Pinterest
Labels: News
Newer Post Older Post Home