Kashmir Student Alerts News,
Srinagar: A 75-year-old man from Jammu on Wednesday became 11th victim of the novel coronavirus in Jammu and Kashmir, official sources said.
They said that septuagenarian died at his residence at Preet Nagar Digiana. However, the family took him to GMC Jammu where doctors declared him brought dead on arrival and decided to take his samples for Covid-19. The body was later kept in mortuary to await the reports, they said.
Medical Superintendent GMC Jammu Dr Dara Singh told GNS that the man was brought dead around 7:30 p.m. on Tuesday. “His sample was taken and body was shift to mortuary,” he said, adding, “the sample returned to be positive for Covid-19 today.” The body would now be handed over to the family after following covid-19 protocol.
With this fatality, 11 persons have died due to the disease so far in Jammu and Kashmir—9 of them in Kashmir and two in Jammu division. 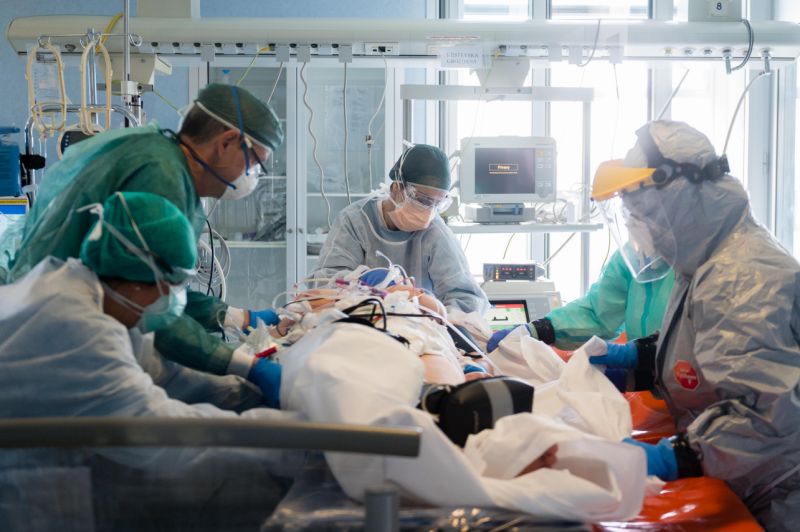 The Srinagar district has reported 4 of the deaths, highest in any district, followed by Baramulla (3), one each in Bandipora, Anantnag, Udhampur and Jammu. (GNS)
Tags # News
Share This
By Kashmir Student Alerts
Email ThisBlogThis!Share to TwitterShare to FacebookShare to Pinterest
Labels: News
Newer Post Older Post Home