Schools to re-open only when situation is normalized: HRD Minister - Kashmir Student Alerts

Home News Schools to re-open only when situation is normalized: HRD Minister

Schools to re-open only when situation is normalized: HRD Minister

Kashmir Student Alerts News,
Putting clarity on the question of when schools would re-open, the HRD Minister Ramesh Pokhriyal Nishank today stated that there was no plan to reopen schools as yet. In a live webinar with teachers, the education minister shared that the government along with NCERT and UGC are formalizing various plans on re-opening the universities and resuming classes post lockdown. As for the schools, however, he stated that schools would re-open only when the present situation is normalized. 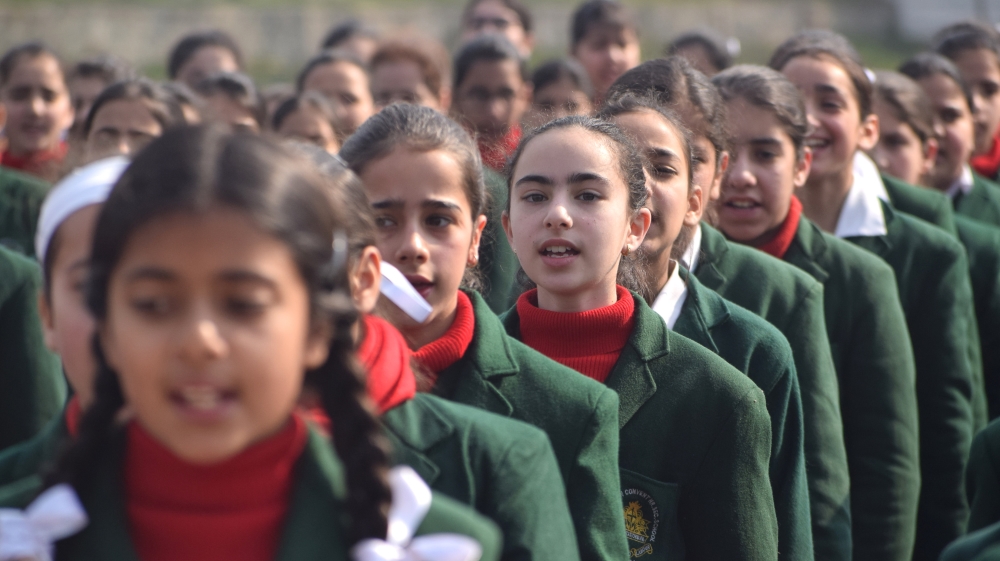 He shared that various plans are being considered on how and when to reopen the schools. Plans like spaced seating arrangement, different timings for various classes and further division of classes was being considered to ascertain the best model for reopening schools, colleges and various educational institutes in the country. In a related news, in a press conference, Arvind Kejriwal also confirmed that Delhi schools are not likely to be reopened yet.
HRD Minister conducted a live session for the teachers today - Acharya Devo Bhava. Addressing the teachers, the minister spoke on the various measures being taken to ensure learning does not stop. Speaking on Vidyadaan and other online digital learning app like Diksha, he asked the teachers to adapt the digital learning process and also to contribute to the same.
Urging the teachers to take this as an opportunity, HRD minister said that this should be taken not as a challenge but an opportunity. When addressed with the question on opening of schools and colleges, he stated that UGC Guidelines have been issued about resuming classes in Universities from August 1 and for new session from September 1.
On the question about reopening of schools, HRD Minister was clear that there was no plan as yet to re-open schools. “The health of our students is our key concern. The schools will be open only once the situation caused due to coronavirus is normalised,” the HRD Minister said.
While the country has been in lockdown since March 25, schools and colleges across the country have been closed since March 16, 2020. All the examinations have also been postponed. As the boards are getting ready to resume the examinations and checking process, schools have kept the momentum of learning up by adapting digital learning means for online classes.
Tags # News
Share This
By Kashmir Student Alerts
Email ThisBlogThis!Share to TwitterShare to FacebookShare to Pinterest
Labels: News
Newer Post Older Post Home