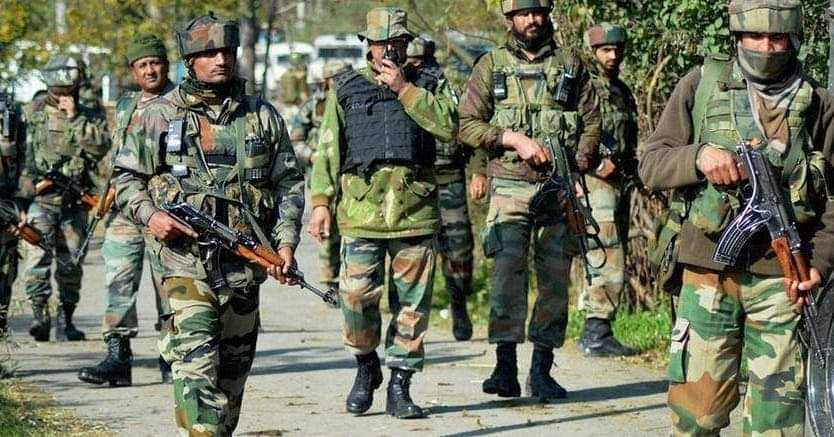 Srinagar, May 14: Nocturnal gunfight breaks out between militants and goverment forces in Yamrach of South Kashmir's Kulgam district on Thrusday.
Reports reaching GNS said that a joint team of Police, army's 34RR and CRPF launched cordon search operation in Yamrach.
As the joint team of forces approached towards the suspected spot, the hiding militants fired upon them, triggering an encounter.
A senior police officer also confirmed to GNS about the exchange of firing between forces and militants. As per the sources two to three militants believed to be trapped.(GNS)
Tags # News
Share This
By Kashmir Student Alerts
Email ThisBlogThis!Share to TwitterShare to FacebookShare to Pinterest
Labels: News
Newer Post Older Post Home