No Confidence Motion Against Mattu As SMC Mayor Passed

Kashmir Student Alerts News,
No Confidence Motion Against Mattu As SMC Mayor Passed
Srinagar, June 16 (GNS):  A Non Confidence Motion moved against Junaid Azim Mattu as Mayor Srinagar Municipal Corporation has been passed on Tuesday.
Mattu announced the result himself even as he modified his Twitter bio as “Former Mayor Of Srinagar.” 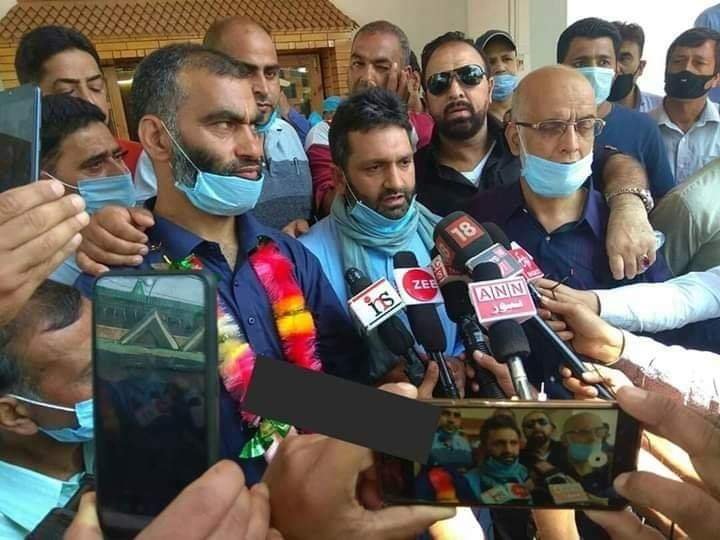 “The vote of ‘No Confidence Motion’ against me, and the @JKPC_ has been passed in the SMC with 42 votes out of 70,” he tweeted, adding, “The @BJP4India, @JKNC_ and some independents have polled against the @JKPC_ and @INCIndia abstaining whip where 28 Corporators abstained.”
Mattu expressed his gratitude to People Conference especially the party’s Chairman Sajad Gani Lone as well as party colleagues in SMC.
He also expressed thanks to JKPCC Chief G A MIR and colleagues from the congress who voted for him.
“Looking forward to spending a LOT of time with my family! Have missed out on my daughter’s sweet little milestones especially in the last 6 months due to work,” he said, adding, “I will be writing about this and the unexpected alliance forged in SMC in due time. For now - time to kick back!” (GNS)
Tags # News
Share This
By Kashmir Student Alerts
Email ThisBlogThis!Share to TwitterShare to FacebookShare to Pinterest
Labels: News
Newer Post Older Post Home