The J&K Board of School Education (BOSE) has issued notification for submission of annual exam forms for class 10-12 students.

A board official said the examination notification for class 10th students will be issued later.

“The students of classes 11th and 12th have to submit forms offline so we preferred to start the process earlier. Class 10th students will have to submit examination forms online,” the official said.

Soon after the notification, the students accused the authorities of putting them in distress by not announcing any relaxation in the syllabus.

“We have not completed the whole syllabus due to the ongoing pandemic as all educational institutions are closed across Valley,” a group of students said.


They said the online classes were fruitless for majority of students due to low speed internet as well as their inaccessibility to smart phones.

Chairperson JKBOSE, Veena Pandita said that only the examination notification has been issued. “It will be discussed later as to whether the exam will be conducted or not and that will be decided as per situation.”

She said the notification for submission of forms was issued to prepare a database of students of classes 10 to 12.

On syllabus reduction, she said the JKBOSE is already working on it and “the academic committee has already put forth its recommendations in this regard”.

“We got the recommendation from individual members and summarised it. By Monday or Tuesday it will be submitted to government for approval,” Pandita said.

She said CBSE has reduced the syllabus by 30 percent but board will follow alternative methods. “CBSE has March session so they have enough time for preparation. We don’t want to hurt sentiment of students. As and when approval comes from administrative department, we will announce it accordingly for students,” she said. She said the announcement for syllabus relaxation will be made within a week’s time. 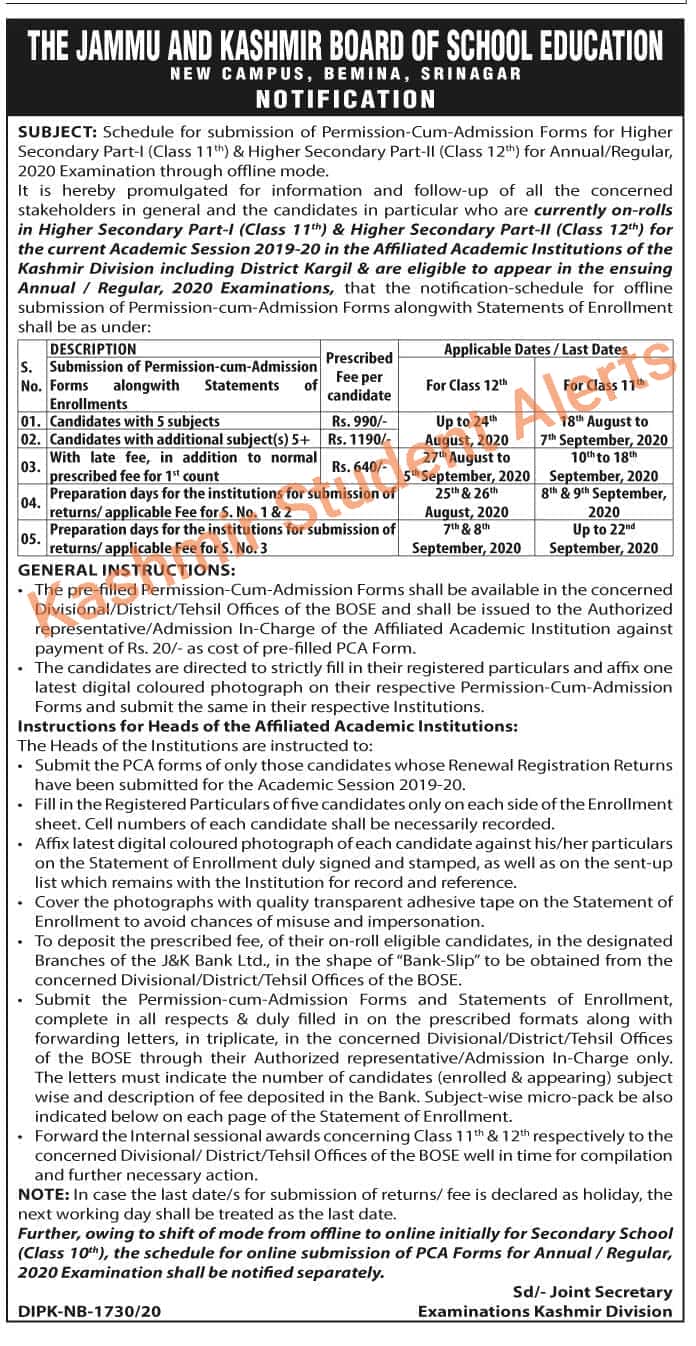