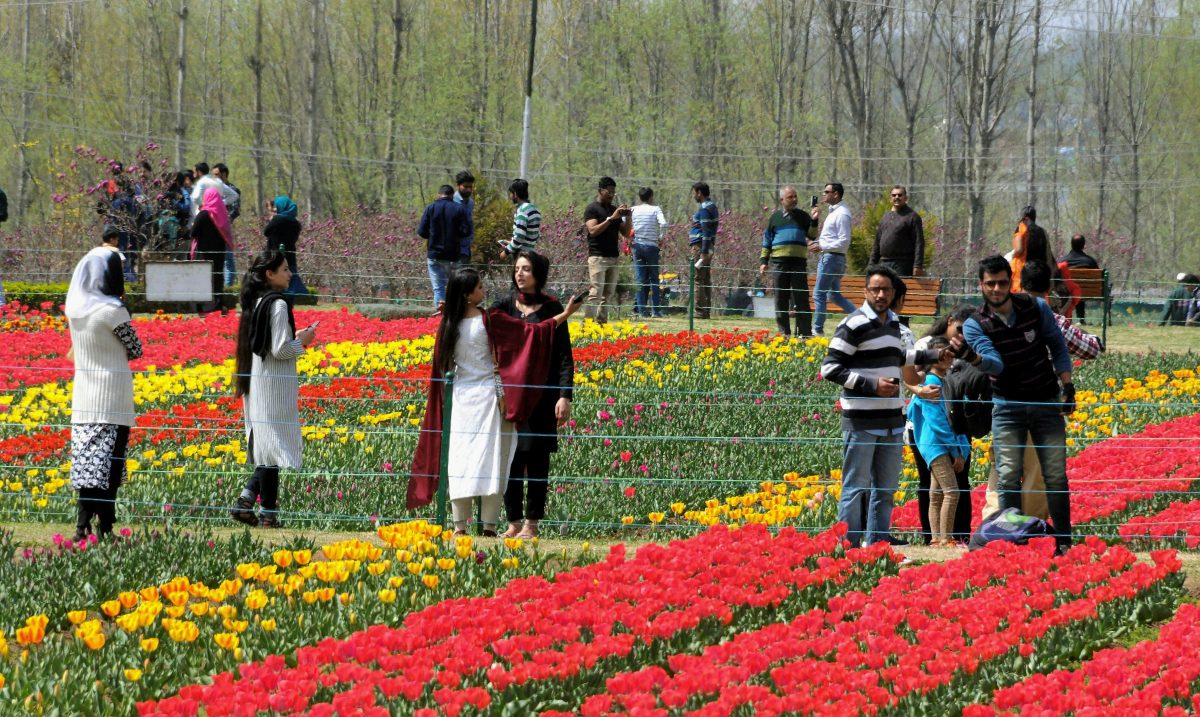 Asia's largest tulip garden to be thrown open for visitors on Thursday
Record number of tulips to bloom this year, water ATMs, ROs installed inside garden
Will ensure SOPs followed strictly: Dir Floriculture
Owais Gul
Srinagar, Mar 22 (KNO): Asia's largest Tulip Garden, situated on the bank of world famous Dal lake is all set to be thrown open on March 25 subject to the weather conditions.
Talking to the news agency—Kashmir News Observer (KNO), Director Floriculture, Farooq Ahmad said that they have decided to throw open the famous Tulip garden on March 25 (Thursday).
He said that a record number of Tulip's will bloom this year and all the arrangements have been finalized for opening the garden.
In wake of the ongoing COVID-19 pandemic, the director said adequate measures have been taken and it has been decided that no visitor shall be allowed to enter the garden without mandatory face masks. He said that they will ensure that all the Standard Operating Procedures (SOP) will be followed in letter and spirit.
He also added that thermo scanners, sanitisers and other things have also been put in place for the visitors to ensure that the virus is prevented from spreading.
Farooq said that for the first time, water ATMs and ROs have been made available for the people this year.
“We appeal to the visitors not to bring polythene and other eatables with them as these things will not be allowed inside the garden premises,” he said, adding that the garden is polythene free zone and nobody will be allowed to violate the norms.
He said people visiting the garden can eat foodstuff outside the garden, but won't be allowed inside garden premises.
He added that they are expecting to open the garden for visitors on Thursday. "Hopefully, the weather conditions will not spoil the move."
The garden will be thrown open after the gap of two years as it remained closed for the visitors due to the lockdown imposed by the government in wake of the COVID-19 pandemic—(KNO)
Tags # News
Share This
By Kashmir Student Alerts
Email ThisBlogThis!Share to TwitterShare to FacebookShare to Pinterest
Labels: News
Newer Post Older Post Home