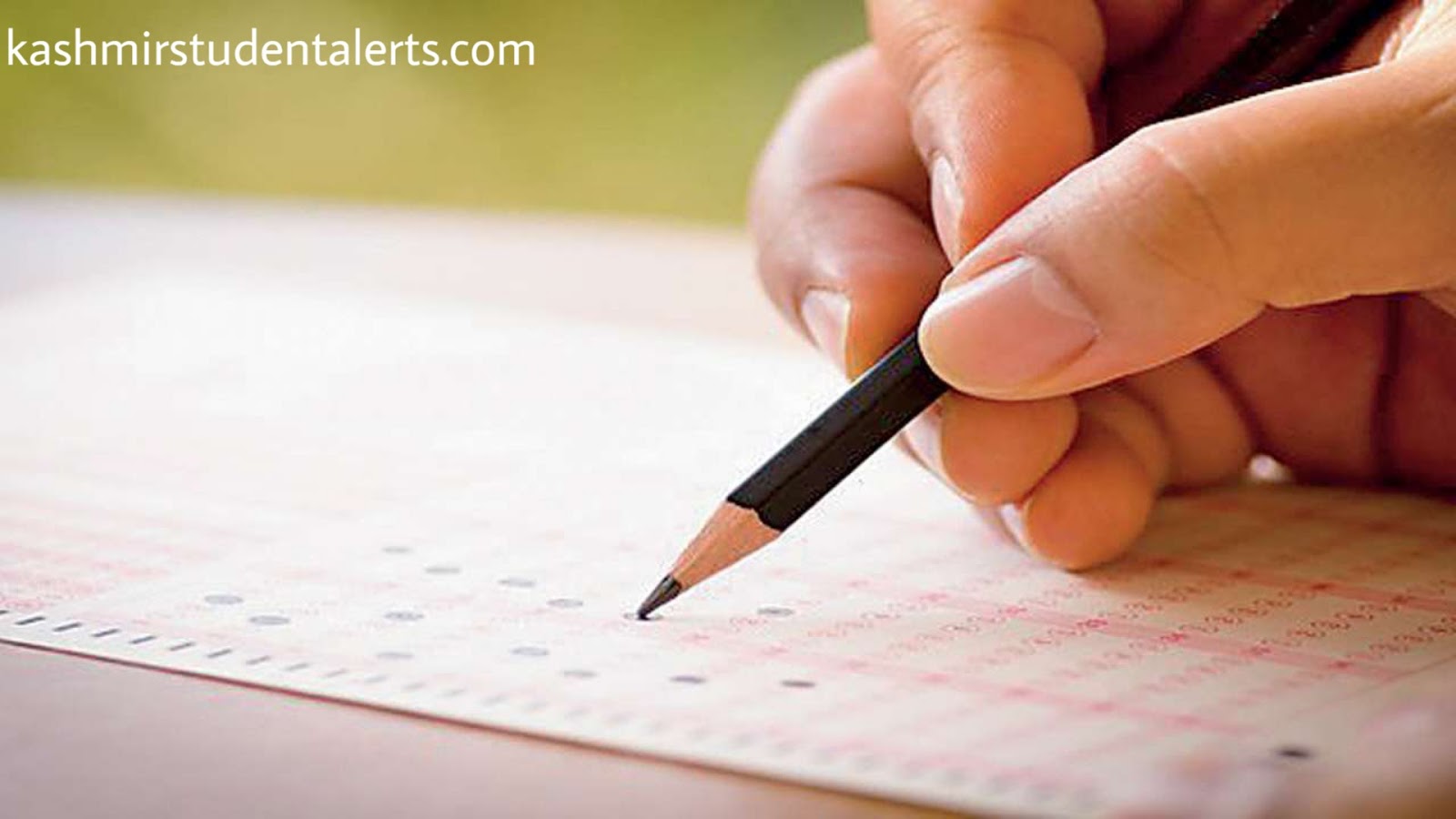 Resentment is brewing among the students against the J&K Board of School Education (BOSE) authorities over alleged flawed evaluation of answer scripts in Physics subject.
Over 300 students of science who scored high marks in other subjects have been awarded failing marks in Physics subject, leaving them in a state of despair.
Greater Kashmir received scores of phone calls from the aggrieved students who complained about the “flawed” evaluation in Physics.
A student, who has scored touching 400 marks in four subjects, has been awarded only two marks in theory part of Physics.
“This is a completely-flawed evaluation as I have scored good marks in other subjects but my results show ‘reappear’ in Physics. These days evaluators are awarding 100 percent marks in subjects and under these conditions, it is impossible to get only two marks in Physics,” said Shabir Ahmad, an aggrieved student.
Another student has scored 298 marks out of 400 in four of the five subjects.
The student has been awarded only seven marks in theory part of Physics but has obtained 30 out of 30 marks in his internal and external practical exams.
“I have scored good marks in theory as well as practical components of all subjects. However, I fail to understand how I can score only seven marks in theory part of Physics,” said Kashif, another student.
The students accused the J&K BOSE officials of selecting incompetent and inexperienced teachers for evaluation of the subjects and in the process playing with the career of students.
Another student has been awarded only 17 marks in theory part of Physics while he has scored 29 out of 30 marks in practical component.
“This is complete injustice with the students. The evaluator has not properly checked the answer script and failed all the students. We are being subjected to mental trauma,” said Shameema, another student who has been shown ‘reappear’ in Physics.
The students have been awarded less than 20 marks in the theory part of Physics when the other evaluators have awarded full marks in all other subjects including languages.
“There are chances of errors by the evaluators because the way BOSE awarded marks to the students in the 2020 annual class 12 exams, it is impossible to score only seven or 17 marks,” the official said.
Another official said that the J&K Board officials have received dozens of applications from the students and their parents and demanded rechecking of answer scripts.
Talking to Greater Kashmir, Joint Secretary Secrecy in J&K Board, Muhammad Arif Akhoon said that they had already checked several cases of Physics where there were no chances of any improvement in marks.
“We checked Physics subject before declaration of result but some students have not done anything in the paper,” he said.
The joint secretary said that the chairperson personally got some papers checked to ascertain the reason for students failing in the subject.
“The students can obtain the Xerox of their answer script to personally check their performance,” he said.
Meanwhile, the board has also issued a notification for the students to obtain the Xerox of their answer scripts and apply for re-evaluation of answer papers as well.
“The students can apply online on www.jkbose.ac.in. The link will open from March 12. The last date for the submission of online applications obtaining Xerox of answer script is March 26 and re-evaluation of answer scripts is March 31,” the notice reads.
The BOSE has also notified that the candidate after filling the form can deposit the fee either through bank challan or make pnline payment and keep the receipt of fee for own record and reference.
“The candidate should not come to the BOSE office for the submission of the fee receipt. The lists for collection of Xerox copies of answer scripts shall be uploaded in a phased manner on the BOSE website,” the notice reads.
Tags # News
Share This
By Kashmir Student Alerts
Email ThisBlogThis!Share to TwitterShare to FacebookShare to Pinterest
Labels: News
Newer Post Older Post Home