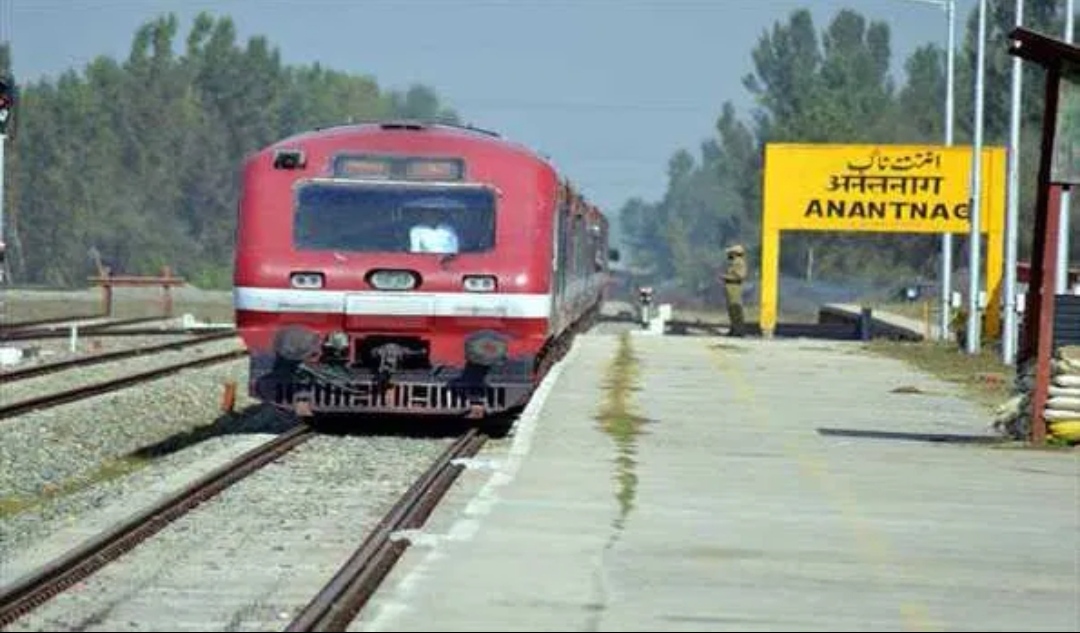 Kashmir rail service: 4 more trains from April 1
More than a month after the train service in Kashmir was resumed following a hiatus of one year due to Covid-19, the Northern Railways’ has decided to run four additional trains on the 137-kilometre Banihal- Baramulla rail line beginning April 1.

With the additional trains, the total runs of the trains will become six; presently only one train operates daily from Baramulla to Banihal and vice versa.
Speaking with Greater Kashmir, Chief Area Manager, Saqib Yousuf said the decision to start additional trains was taken in view of the increased passenger demand. Yousuf said with the resumption of train service last month, the railways has been witnessing 100 per cent passenger occupancy. “We have been getting a lot of passenger queries regarding increase in number of trains. In view of the passenger demand there will be a daily increase in train runs to six now,” Yousuf said.
He said the railways was ensuring that all Covid-19 protocols were being followed in the trains and on the railway stations. Yousuf said that among the four new additional trains, two trains are scheduled to operate during morning hours and two others will be plying in the afternoon to accommodate the rush of office goers. “There is a huge demand from office going persons for more trains so we have started two trains in the morning and two after 3 pm. We are hopeful that the increase in frequency of trains will benefit travellers,” Yousuf said.
Frequent travelers have welcomed the decision of the railways to start four additional trains.
Muhammad Ashraf, a resident of Sopore who travels daily between his workplace at Budgam to his residence in north Kashmir said that the resumption of train service has brought a sigh of relief to the travellers. “Travelling in Sumos is quite time consuming due to traffic jams. I hope the increase in number of trains will end problems of many working persons who have to travel between Srinagar and their hometowns in other districts daily,” Ashraf said.
It may be recalled that after a shutdown of 11 months due to Covid-19, the train service on the 137-kilometre Baramulla-Banihal rail line resumed partially on February 22. The 16 railways stations on this stretch, which had remained deserted since March last year have become abuzz with passengers now.
The train in Kashmir had also remained suspended in 2019 for several months after the Government of India scrapped special constitutional status of J&K. Frequent suspension of train service has caused railways losses in crores. As per railway officials, during the days prior to Covid-19, 15 pairs of trains used to run over the railway line from Banihal to Baramulla and carry almost 30,000 commuters including students and government employees, except one day in a week. It may be mentioned that the union railway ministry recently conducted a satellite survey for construction of a railroad from Baramulla to Kupwara in north Kashmir. The project was approved by the central government in 2018. A senior railway official said the ministry has submitted the report of the aerial survey for 39-km long railroad to the railway board in July last year.
Tags # News
Share This
By Kashmir Student Alerts
Email ThisBlogThis!Share to TwitterShare to FacebookShare to Pinterest
Labels: News
Newer Post Older Post Home