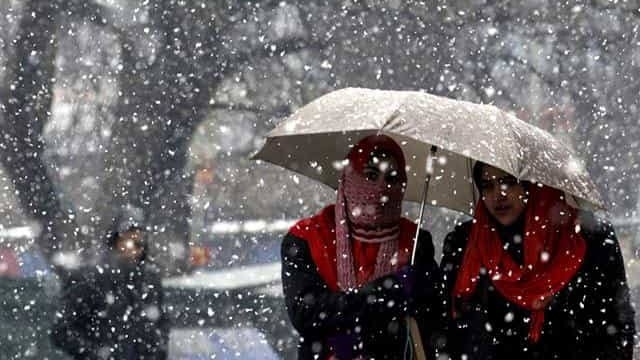 The Jammu and Kashmir meteorological department on Saturday issued a ‘yellow alert’ forecasting heavy rain and snowfall in J&K and Ladakh regions.
It could likely disrupt surface traffic on Jammu-Srinagar, Srinagar-Leh, Mughal Road with possibilities of landslides and shooting stones.
An advisory issued by the MET department said: “In quick succession, two Western Disturbances (WDs) are most likely to affect J&K and adjoining areas from March 21 (afternoon).
“Under the influence of these weather systems, widespread moderate rain/snow is expected in Jammu, Kashmir and light rain/snow at a few places of Ladakh region on March 21.
“Another WD mostly likely to affect J&K and neighbourhood from March 22 afternoon, will peak intensity during 22 and 23 night. It will gradually decrease thereafter.
“This may lead to temporary disruption of surface traffic mainly on Jammu-Srinagar, Srinagar-Leh, Mughal Road and other major roads.
“Landslides and shooting stones in vulnerable spots of Jammu-Srinagar, Srinagar-Leh highways. Temporary water logging in low lying areas.
“Suspend/ avoid agricultural and horticultural operations and drain out excess water. Dip in day temperature expected,” the advisory said.
Tags # News
Share This
By Kashmir Student Alerts
Email ThisBlogThis!Share to TwitterShare to FacebookShare to Pinterest
Labels: News
Newer Post Older Post Home