Second Covid wave: School closure ruled out in Kashmir; only those institutions to be shut which report cases - Kashmir Student Alerts

Home News Second Covid wave: School closure ruled out in Kashmir; only those institutions to be shut which report cases

Second Covid wave: School closure ruled out in Kashmir; only those institutions to be shut which report cases 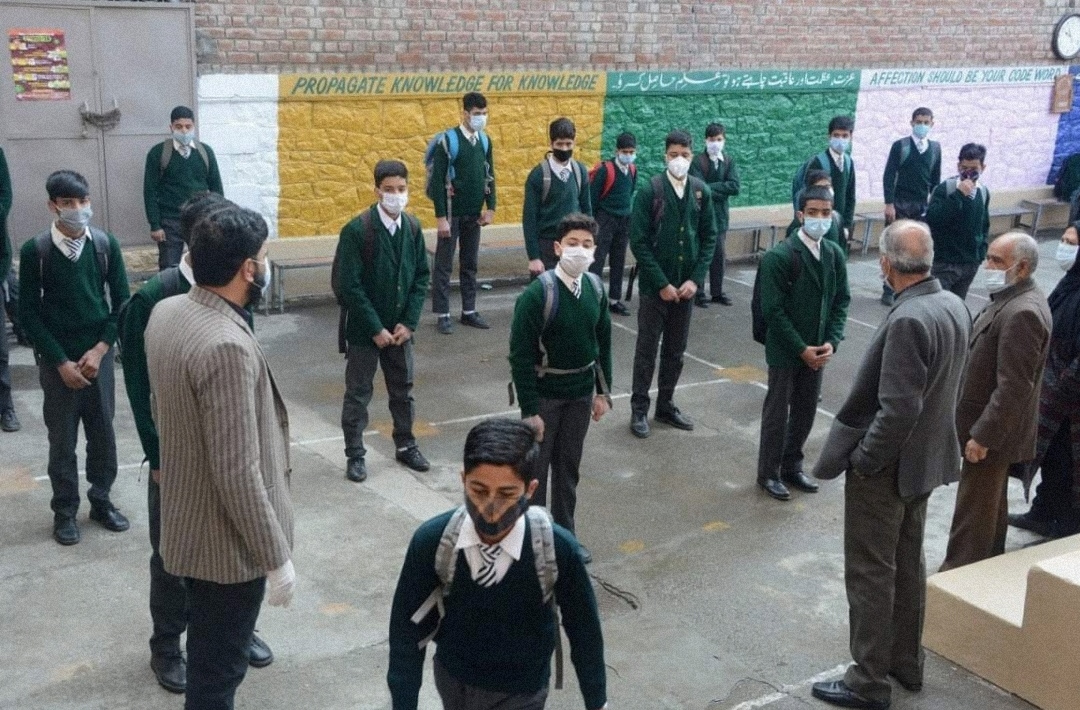 Second Covid wave: School closure ruled out in Kashmir; only those institutions to be shut which report cases.

Srinagar: Ruling-out closure of all educational institutions, Jammu and Kashmir government has decided to temporarily shut down only those schools where students test positive for COVID 19.
Several schools were shut down after students tested positive for COVID 19. The latest being the Government Higher Secondary School, Budgam. Nine students tested positive during the screening drive on Tuesday.
Panic had gripped the parents after reports poured in that some students tested positive. Rumor mills started churning that schools may be shut following fresh Covid wave in the valley.
However, authorities went into a huddle and decided not to close down all schools but only those which report positive cases.
“There will not be a general shutdown of schools. Of the 2000 higher schools, we got complaints from four schools. Later when we opened middle-level schools, again two to three complaints were received. Then we delayed the opening of primary schools because it was a challenging task. Now we have opened those schools as well,” Dr. Mohammad Younis, Director, School Education Department, Kashmir, told The Kashmir Monitor.
The school education department has written to district authorities to conduct the random testing of students at different schools. “Now district authorities are conducting the tests randomly. It is because of the testing that we could detect students who were infected. It is a continuous process,” he said.
Official figures reveal that there are 13000 schools in the valley. “We will not make schools hostage by generalizing things. We have chalked a full-fledged programme. Any school which reports positive cases will be shut down for five to seven days. During this period, the virus will die. It will give us time to sanitize the premises. We recently shut down the school in Budgam for few days. Similarly, a school was shut down in Srinagar. They reopened after few days. This process will continue. It will be localized and dealt accordingly,” he said.
The education department has also mobilized additional resources to keep sanitizers and masks available at schools so that students can adhere to SOPs. Plus staggered school schedule will continue till things stabilize in the valley. (KM)
Tags # News
Share This
By Kashmir Student Alerts
Email ThisBlogThis!Share to TwitterShare to FacebookShare to Pinterest
Labels: News
Newer Post Older Post Home