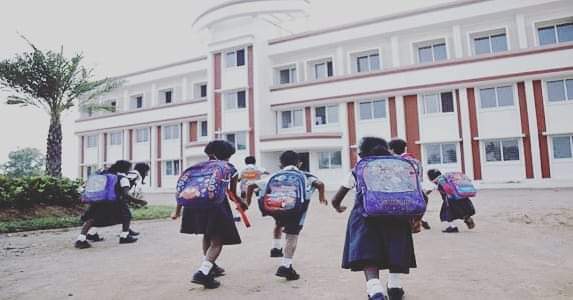 50 students test positive in Kulgam, Anantnag; several schools closed
Covid cases among students have swelled as over 50 students tested positive on Wednesday. Amid the surge, half a dozen educational institutions including a private school have been closed by the concerned district administrations.
Two government schools were closed for five days in Budgam after students and teachers tested positive while as a teacher and a class 11th student tested positive at a high school in north Kashmir’s Bandipora district.
Around 36 students tested positive at a private school in Kulgam district while 14 students tested positive in Anantnag district. Both the schools have been closed for a week on the directions of the respective district administrations.
The students and teachers tested positive for COVID-19 at these institutions during the sampling carried out by the school education department.
The Chief Education Officer (CEO) Budgam, Syed Muhammad Amin, said a teacher tested positive for the virus at a higher secondary school in the district during a mass testing drive of students and teachers at the institution.
Also, at another high school in Chadoora education zone of the district, the swab samples of two students tested during a mass sampling of 50 students at the institution, too have returned COVID-19 positive, SDM Chadoora, Prince Hamid told the Greater Kashmir.
Both the schools have been closed for five days starting Thursday in view of the directions by the district administration as a precautionary measure to control the further spread of the virus.
A staff member and a student at a school in north Kashmir’s Bandipora district tested COVID-19 positive during the sampling which forced the authorities to close the school for three days as a precautionary measure.
An official said the swab samples of a school functionary and a class 11 student taken a few days ago, returned positive for COVID-19 on Wednesday.
“The Chief Education Officer (CEO) Bandipora was informed about the development who ordered closure of the institution for three days and sanitisation of the premises,” the official said.
A school teacher said the school will be allowed to reopen only after getting permission from the Chief Medical Officer (CMO) Bandipora.
Positive cases were reported from a girls higher secondary school in Srinagar as well as in a school from south Kashmir district. However, the authorities did not take any decision about the closure of these schools.
This is not the first time when students and staff members tested positive for the COVID-19 virus but several schools were closed in Kashmir valley in recent weeks following contraction of COVID-19 by teachers and students amid a spike in infections.
The surge in COVID-19 cases at educational institutions has particularly sent parents into a tizzy as most of the schools are allegedly not following the required SOPs including mask wearing and maintaining social distancing.
A top official informed the Greater Kashmir that the government was observing the situation and any announcement regarding functioning of educational institutions will be made in coming days.
“Deliberations are going on at the highest level in government about the functioning of educational institutions amid the rise in COVID-19 positive cases. The government may come up with some decision if the situation continues to remain like this,” the official said.
Secretary School Education Department, B K Singh, said the government on Tuesday issued fresh guidelines wherein schools have been given the option to prefer online classes.
“The school education department will reiterate the government directions so that schools prefer online classes. We can put on hold the offline classes,” he said.
Tags # News
Share This
By Kashmir Student Alerts
Email ThisBlogThis!Share to TwitterShare to FacebookShare to Pinterest
Labels: News
Newer Post Older Post Home