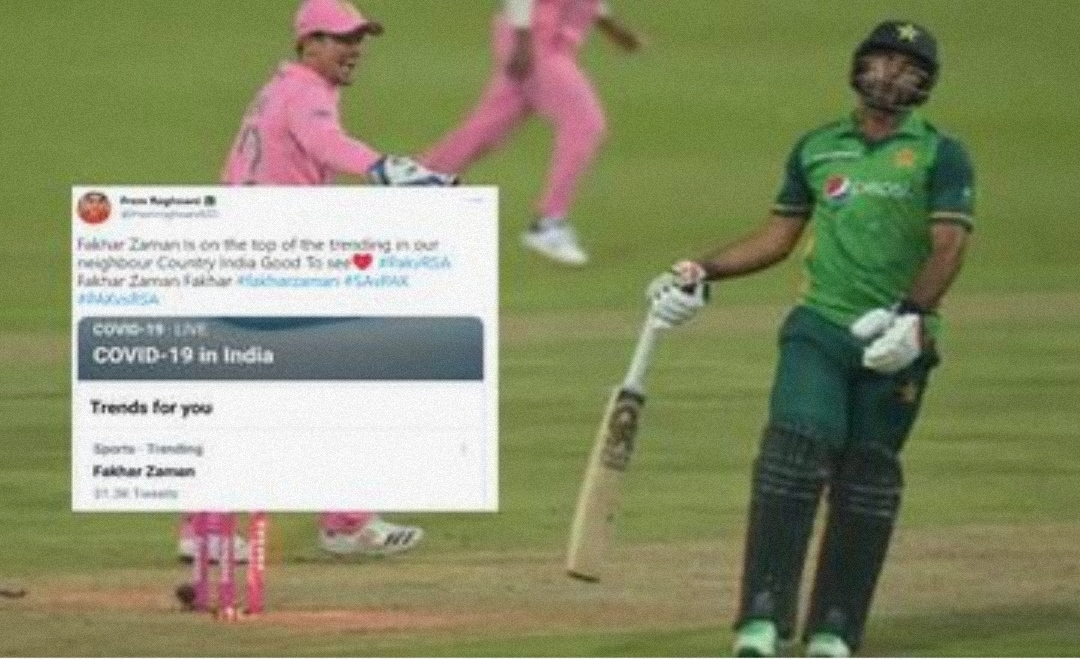 Arch-rivalry between India and Pakistani fans took a backseat on Sunday after the opening batsman Fakhar Zaman produced the knock of his life against South Africa in the second ODI at Wanderers Stadium. Chasing South Africa’s stiff target of 342, Pakistan almost touched the victory line courtesy of Zaman’s humongous innings of 193. This was also the highest-ever score by a batter in ODI while chasing. The exciting cricketer’s knock, however, was in vain as the second-top scorer in the squad on the night was an innings of 31 by the skipper Babar Azam.

To rub salt on the wounds of Pakistan, Zaman was involved in a controversial and much-debated run-out. With 31 needed off the last 6 balls, he drove pacer Lungi Ngidi to long-off and came back for a second run. Spotting an opportunity for a wicket, wicketkeeper Quinton de Kock seemingly pointed to the non-striker’s end even after the throw was completed, which led to Zaman thinking the throw was not coming to his end. However, the throw was in his direction and a run out caught him short.
Nonetheless, Zaman’s incredible innings was lauded widely and deservedly so. In fact, Fakhar Zaman’s heroics with the bat saw the batsman not only trending on top in his country but his innings was the talk of the town on Indian Twitter as well. Calling it the “spirit of cricket” several Pakistani fans shared the top Twitter trend chart of India on Sunday.

Fakhar Zaman Is on the top of the trending in our neighbour Country India Good To see❤ #PakvRSA Fakhar Zaman Fakhar #fakharzaman #SAvPAK #PAKvsRSA pic.twitter.com/U9wblgcRUG

#fakharzaman is trending in INDIA
That’s the beauty of Cricket pic.twitter.com/qQfhsS6IiT

#fakharzaman trending at no.1 in india.
Cricket is an emotion and we know how to admire it.
(193)while chasing, one of the best innings i ever witnessed. pic.twitter.com/AWuyc7rUrg